We've both suffering from sore feet and legs the past few days, so we decided to take things a bit easier today. We started out at the Sydney Fish Market, the largest market of its kind in the Southern Hemisphere that trades over 13,50 tons of seafood annually. There was a lot of fish, and a lot of it was very big. 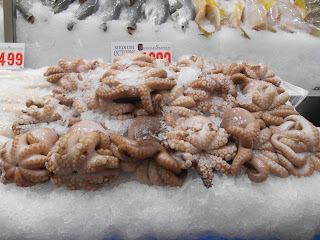 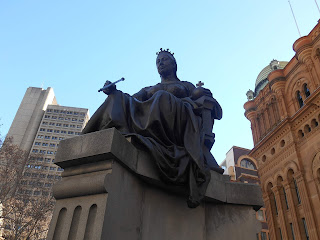 One of the structures outside the Queen Victoria Building included a stone from the Battlements of Blarney Castle, "a gift from the people of Sydney, from...the people of Cork, through the Courtesy of Sir Richard Colthurst, BT." 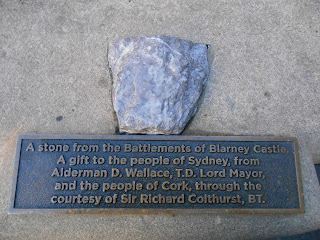 When the Queen Victoria building was completed in 1898, it replaced the original Sydney markets on the site. Built as a monument to Queen Victoria, construction took place during a severe recession. The Romanesque architecture was specially planned so the Government could employ unemployed craftsmen, and was originally a concert hall.

On our way back to our hotel, we took a quick look inside St. Andrew's Cathedral, which was founded in 1819 and consecrated in 1868, making it the oldest cathedral in Australia. We didn't stay long, but it had some pretty features. 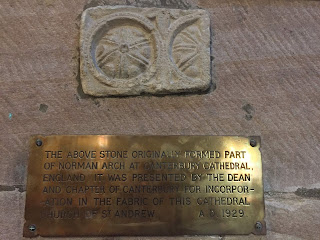 Our next stop was the Chinese Garden of Friendship (conveniently located across the street from our hotel), which was designed by Sydney's Chinese sister city, Guangzhou in China. The whole garden cannot be seen from any point within the garden. 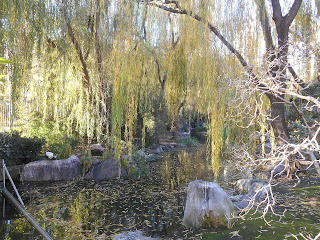 This evening, we had reservations for a night tour at the Sydney Observatory, which allowed us to look through the Equatorial Refracting telescope in the South Dome. This particular telescope was installed to observe the Transit of Venus in 1874 and is the oldest working telescope in Australia. The telescope was too large to fit in the South Dome - the lens was 29 cm in diameter - so the original dome, built in 1858, was taken down and a larger dome built to fit the telescope. There's also a 40cm Mirror Telescope in the Observatory's North Dome. (The North Dome was added in 1878 to allow a view of the eastern sky, which was blocked by the time-ball tower in the South Dome.) The North Dome now houses a computer-controlled 40cm reflecting (mirror) telescope. During our tour, between the two telescopes, we were able to see Venus, Jupiter, and Mars. Before we were taken to look through the telescopes, our guide also showed us the Southern Cross, and gave us a brief planetarium show in which he described how the skies in the southern hemisphere are different.

Posted by Michelle Szetela at 5:53 AM