We had an easier day, starting out by visiting the Sydney Opera House, which occupies the whole of Bennelong Point on Sydney Harbour. We didn't go inside or go on a tour - Ed wanted to see what it looked like from the outside - so we strolled along the Bennelong Point, admired the harbor, and took some pictures before moving on. 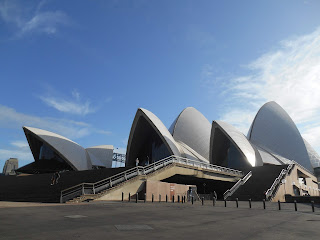 The Royal Botanic Gardens grounds were a stone's throw away, so we took a few hours to stroll the gardens, and saw some stunning trees and gardens. The Oriental Gardens were one of my favorites; I had never given bamboo a thought, and hadn't realized it grew so tall. 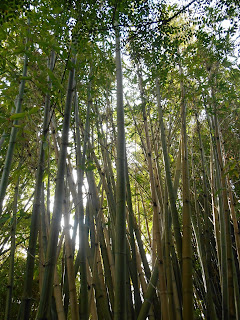 One of the floral displays at the Gardens focused on the necessities of pollination: Pollination at the Calyx. The wall is 6 meters high and 50 meters long, took (I think) six gardeners three weeks to install all these plans. The wall showcases the Pollination theme with Dichondra, Syngonium, and Heuchera, and is the largest of its kind in Australia. 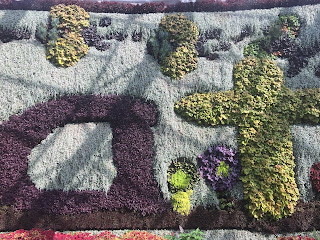 I didn't get any pictures during our brief visit to the Museum of Sydney, which is built on the ruins of the house of New South Wales' first Governor, Arthur Phillip. The original house, which was Australia's first Government House, was built in 1788 and later abandoned; the foundations were exposed by archaeologists in 1983. It's a smaller museum where, aside from seeing some of the foundations of the original structure (seen through glass enclosures in the floor), we saw an excellent exhibit featuring mugshots from the 1920s.

For dinner this evening, we took a Sydney Harbour Dinner Cruise. After dinner, we wandered up to the top of the boat for some rather nice views of Sydney Harbor at night, the highlight being seeing the Sydney Opera House lit up. 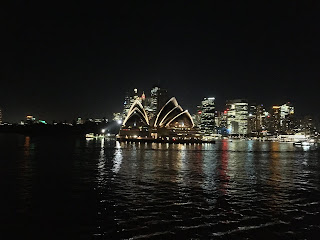 Posted by Michelle Szetela at 6:45 AM